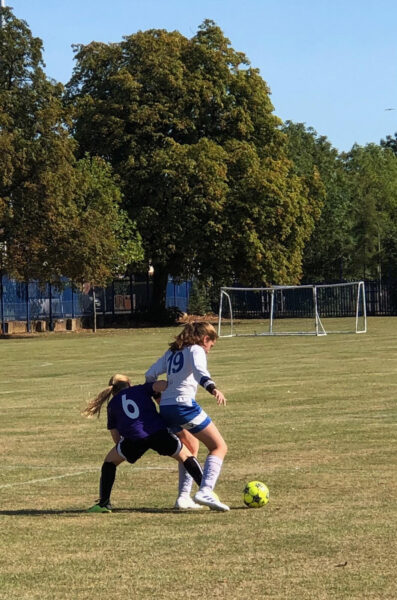 Women first competed in the Olympics in 1900, in 1972 women were finally allowed to participate in the Boston Marathon, and only in 2009 did the Women’s Rugby Premier League start. Since then the sports industry has evolved and is moving on in the right direction, but there is still miles of progress to be made. Women athletes are still paid less than male athletes, and women’s sports are still given much less media coverage than men’s sports. The discrimination of gender in this industry is affecting professional athletes’ livelihoods, young women and who they have to guide them and show them they can be successful in this industry.

Ms Maida Shivik, an eighth grade math teacher said that she was from the generation where everything started to change because schools were legally required to have equal numbers in participation of sports for females and males. Growing up in a very active family, Ms Shivik said she never really noticed the biases between boys and girls in sports. However, she said  “retrospectively, there was a lot of misrepresentation of women on TV.”

She remembers seeing women athletes on TV mainly from sports like gymnastics or figure skating because they were more ‘feminine’ and, as Mrs Shivick put it, “because they were ‘pretty’ and they had the sparkly dresses.” In a sense women were only given media attention if they were good looking and talented in the sports they did. On the other hand, men only needed to be talented.

The biases and challenges women face are unfortunately being carried on through the generations, despite the progress achieved in the past twenty years. Sabina Peterson Rajalingam who takes part in a unisex football (soccer) league, recalls countless experiences when male opponents have underestimated her skill because of her gender or have told her they were going easy on her because they were embarrassed that she tackled them. She has noticed too many times, male opponents making fun of each other because he was tackled by a girl, and she has heard too many times the coach of her opponents telling his team to go easy on them because they were girls.

Just like Sabina, Paulina Reznikova is also part of a football (soccer) team, and she has

noticed how the absence of female athletes in the media and the abundance of male athletes has ostracized the idea of physically strong women. “I’ve now realized how misrepresented or unrepresented women sports players are, because for sports that are considered more ‘feminine’ or ‘girly’ like dance or gymnastics I feel like I have been seeing a lot of women represented, but then for soccer the first thing you think of is a man, and I think that’s really messed up,” said Reznikova. Peterson Rajalingam also said that when women are misrepresented and are only shown as soft or dainty, it then shocks people when women are decisive or confident.  girls said they have been called emotional or have been told to stop ‘overreacting’ because there is barely any representation of strong and confident women, and that has completely denormalized the idea of a strong and confident woman.

The media giving women’s sports less coverage affects not only the athletes’ careers but also young aspiring athletes. Not seeing women athletes as often as men in the media leaves young women without an image of what they can strive for and, as Reznikova said, without a culture which encourages them to work and take part in this industry.

Reznikova and Peterson Rajalingam both take part in many sports, and as young women they seek out female role models. However they both feel if they had not actively looked for role models in sports they would have been left with little guidance.

Reznikova said that now all her favorite players have retired or don’t play anymore she feels like she doesn’t really have a role model and that the wider audience don’t seem to remember them, for example the player Hope Solo. When you contrast that with male sports, you can see athletes from a while back that people still remember, even if they’re not a football fan who follows the games properly, like David Beckham. And the reason that these men are remembered and not the women is because the men got more publicity and were ultimately more abundant in the media.

If the sports industry continues to give female athletes less media attention and we continue to treat female athletes as an afterthought of male athletes it will leave young women and girls with no role models. Though it has improved in the past years, there is still lots of work to be done to make sure women are represented properly and entirely. The main problem now is with the media and industry itself and you can see that it’s very hard to change it from the inside, so the most important thing is to educate and instil these ideas.