How Can You Make a Difference: Gender Inequality in Sports 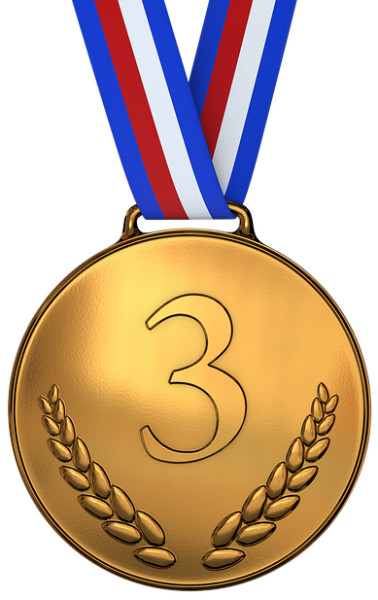 In our world today we come across major life impacting problems, some of these problems are more effective than you would expect. Sexism or gender inequality is one of these major problems that people experience all over the world. Gender inequality, or in other words, gender discrimination refers to unfair rights between male and female based on different gender roles which leads to unequal treatment in life. The term gender inequality has been widely known in human history but not until the beginning the 20th century has the transformation of gender relations become “one of the most rapid, profound social changes” (Wright & Rogers 2009). We see this problem occur in so many different forms but the one that I have found that affects young girls around the world is gender inequality in sports.

What is Gender Inequality and why Is It Important?
Gender inequality is the idea that men and women are unequal. Gender inequality refers to the unequal treatment or perceptions of individuals wholly or partly due to their gender. It arises from differences in gender roles. This topic is very important especially to girls around the world because these experiences lead to a host of negative consequences for the mental and physical health and well-being of women and girls. In schools, young women and girls who are targets of sexism and sexist violence may lose self-esteem and feel ashamed and unsure of themselves. They may feel powerless, afraid and angry, yet may internalize the anger having been taught that the emotion is unfeminine.

Dropouts and Lowered Self-Esteem
In modern society both adults and children tend to view girls as people who are associated with “feminine” activities such as shopping and cheerleading. Some have even classified girls by using the term “barbie” Growing up we have all heard of the trending fashion doll labeled “Barbie” People today expect for women and girls to carry on these stereotypes that Barbie expresses by taking part in these actions. When young girls are hearing these things they understand that they are being encouraged to take on these roles instead of starting “masculine” activities such as sports or athletics. A recent study by The Women’s Sports Foundation shows that there are many reasons behind this situation but the main ones are lack of access and social stigma. You may think that girls have all the opportunities to play sports because they are sports facilities at your local school but what you may not know is that girls struggle with that right world wide. Studies show that girls have 1.3 million fewer opportunities to play high school sports than boys have. Lack of physical education in schools and limited opportunities to play sports in both high school and college mean girls have to look elsewhere for sports, which may not exist or may cost more money. Often there is an additional lack of access to adequate playing facilities near their homes that makes it more difficult for girls to engage in sports. Social stigma is the main reason why majority of girls do not participate in sports. This perception starts at a very early age when children are socialized. Boys begin to play organized sports earlier than girls due to social constructions and understandings of masculinity and femininity. If women do choose to participate in sport, they must do so while maintaining a hyper-feminine image in order to avoid identity questioning. Despite recent progress, discrimination based on the real or perceived sexual orientation and gender identity of female athletes persists. Girls in sports may experience bullying, social isolation, negative performance evaluations, or the loss of their starting position. During socially fragile adolescence, the fear of being tagged “gay” is strong enough to push many girls out of the game.

Recently a survey was taken by seventh grade students at ASL on the topic of gender inequality in sports. One question asked was, when involved in sports or athletic activity at ASL(such as PE, sports teams and an ASP), do you ever feel like you are treated differently because of your gender? 63% of seventh grade students feel like they have dealt with inequality and discrimination in sports because of their gender. Obviously, this is a problem that needs to be addressed.

Payment and Recognition
Everyone knows or has at least heard of the men’s England Soccer Team, this team competes in different tournaments and games from The Four Nations Tournament all the way to the World Cup. The World Cup is yet another sports event that people around the globe follow. Have you ever heard of The Asian Cup? Probably not, The Asian Cup is a women’s sports tournament where teams from all around the world compete in to win the national title. Barely any of the sports fan population is familiar with women’s sports. English soccer star, Rachel Yankey, has scored 17 goals for England, the same as David Beckham, but have you heard her name before? The women’s game has a lot of catching up to do. This isn’t the only problem in women’s sports, according to The Stylist, just 2% of mainstream sports coverage is dedicated to women’s sport. This means that fans aren’t exposed to these events and they have very little control to try and recognize them. Recognition is only one of these struggles that women have to deal with, payment is another problem that women face in sports. Female England soccer stars only earn around £16,000 a year. It takes Yaya Toure, the male Manchester City player and Ivory Coast midfielder, just over 13 hours to earn the same amount.

Fans and Merchandise
Fans and groups of onlookers acquire a great deal of cash to brandishing occasions, which is a major piece of expert competitors pay wage. Which is another motivation behind why individuals say ladies don’t get paid the same as men since they don’t have the same number of fans and don’t get as large of a crowd of people as mens occasions do. At times yes, men do get greater gatherings of people than ladies, however that is evolving. For instance in the Women’s World Cup diversion USA versus Japan there was 25.4 million watchers, making it the most watched ladies’ soccer occasion in U.S history. It even brought down the more famous U.S proficient games finals, similar to the NBA finals and the Stanley Cup finals (7.6 million watchers). This demonstrates ladies are presently acquiring a similar sum or significantly more ticket deals than men. Which should bring about equivalent pay. Stock deals and merchandise sales are dependably a gigantic part of athletes salary. Merchandise is also based on how many fans are there for that team or organization. In some of women’s sports like basketball and tennis the number of merchandise sales can’t compare the amount of merchandise sales that the men offer, which does demonstrate a reason for women to be paid less. But, in the past years women’s soccer has changed the game. The U.S women’s national team sold more than 3 times as much merchandise as the men have in the last three years. Which should be rewarded with equality. But equality has not found its way to women’s sports yet. But slowly times are changing and mens sports are not always the dominant sport, women’s sports are catching up and slowly getting what they deserve.

The Solution and How We Can Help
As inequality continues in today’s sports, women are striving to get what they deserve. Women have proven that they deserve everything that men receive and there are facts that prove them right. As women are working harder than men, bringing in more ticket sales than men, and selling more merchandise than men they will one day get what they deserve. People may wonder what they can do to help women get equal pay. Here are some ways you can help. You can attend women’s sporting events, support companies that advocate for women’s athletics, and encourage television stations and newspapers to cover women’s sports. Inequality should be an issue that gets resolved because gender shouldn’t determine pay or respect, hard work and winning should.

View all posts by Catherine Fennelly ('23) →